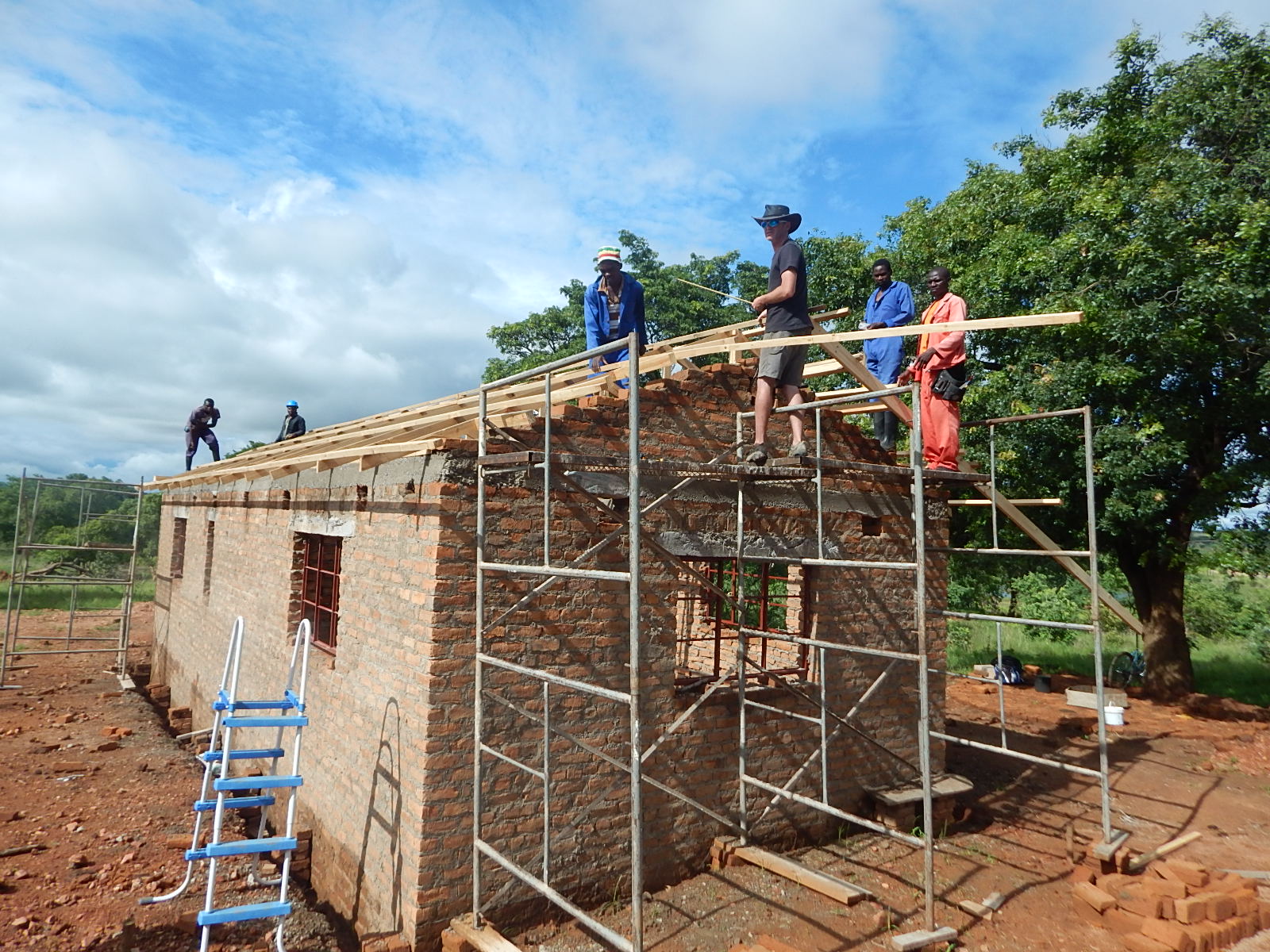 I love working with the building crew at Eden Children’s Village.

The men weren’t used to working with a white guy at first.  I think it sort of weirded them out a bit.  I remember working on the new herbal medicine clinic and getting the site prepared to move the shipping containers into and I grabbed a shovel to help with the digging and someone tried to take it from me.  I wouldn’t let them and started digging.  They didn’t know what to do, but eventually they learned that Mr Jeff, as they call me, works with the crew.  I don’t tell them what to do and then go inside.  They really didn’t like it at first.  I can be pushy.  I push myself hard and also those I work with.  It took months for the crew to get their heads around having to work with a murungu, a white person.  Over time they’ve come to like me, some of them love me, and I think most of them respect me.  A few of them have become my closest friends in Zimbabwe.  The men have nicknames for everybody, but I haven’t been able to get them to tell me mine yet.  Maybe someday.

I love working with the guys and listening to them talk.  I have no idea what they talk about, but they do it all day long.  I don’t care, as long as they don’t stop working to do it.  I actually like hearing them talk and laugh all day.  Sometimes I’ll ask Cloud or Guveya what they’re talking about and they’ll say that Sabora is telling a joke or talking about a new song he’d heard.  Sabora is the clown of the crew, he keeps people laughing, but he works super hard too, when he isn’t showing off his new dance moves.

I had a great time working with the crew just before we left at Christmastime.  We were putting a gable roof on a house which was to be covered with steel, rather than thatch, so it was a new experience for them.  They had to make the roof trusses first so Guveya taught the men how to cut the lumber and fabricate trusses.  I came along a little into the process and suggested they cut all the pieces they would need first and then assemble the trusses after.  I explained that this way all the trusses would be exactly the same, so they changed gears and did it the way I suggested.

I went back to the house the next day and all the trusses were up and they were starting to install the ‘perlins,’ the boards that are nailed to the trusses which the steel roofing is then nailed to.  They were part of the way through and it was a bit of a mess.  The perlins were running off on an angle and the spacing seemed rather random.  I asked them to do it again and explained that the nails in the steel roofing would be visible and they needed to be in straight lines.  So they removed the perlins and started again.  I stayed with them and helped.  It was almost 40 degrees and in the full sun, but it was fun.  Roughly half of the perlins got nailed down again, and again they were crooked.  Alfred was starting to get rather frustrated by now and would’ve gladly just kept going, but we pulled up the perlins again and I asked them to show me how they’d measured for the placement of the boards.  It was then that I realized what the problem was.  They were measuring correctly, but the trusses were not in a straight line down the peak.  When you looked down the length of the roof you could see the tips of the trusses were all over the place.

I love teaching opportunities like this.  I showed Guveya the problem and asked the men what to do about it. The last thing they wanted to do was to take off all the trusses and start over.  I told them they didn’t have to, that we could leave them but still get the perlins straight.  We nailed a string line from the peak of the first truss on one end to the peak of the last truss on the other end.  I explained that now we had a true line that we could measure from to get the correct placement of the perlins.  Everyone was pretty happy with this plan.

I went on to explain that it’s like the Bible and life.  If we just do whatever we feel like we tend to make a mess of things, but with the Bible as a guide we can learn to make better decisions.  It was pretty awesome to see the guys take this idea in.  Cloud and Guveya translated some of what I said for the ones who don’t understand my English so well and everyone got the object lesson I think.

That was a pretty awesome day.  I got sunburned, hung out with the men and built something and we all learned, or re-learned, a lesson together.