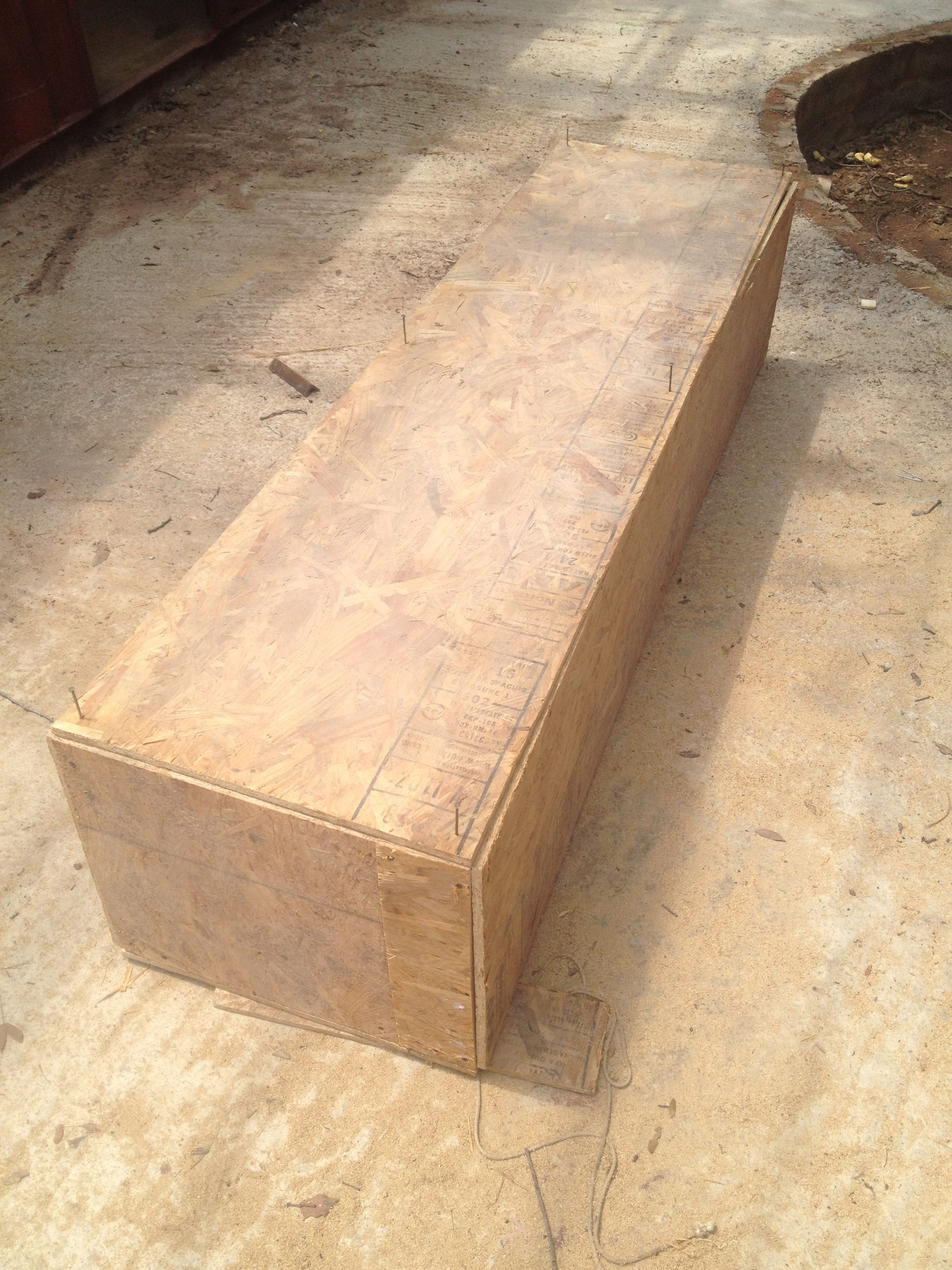 I like to think that I don’t try to impose my Western ideals and solutions on people in Africa, but I know I fail at it sometimes.  I know I make mistakes and likely offend people by trying to get them to change how they do things, but it feels like it’s in my DNA and I just can’t help it sometimes.  There is one example that stands out to me of a complete failure on my part.

I was asked to make a coffin for the father of a friend of mine.  This would be the third coffin I would make.  The first two were made out of scraps of plywood and chipboard I scrounged around for, but this time I had some sheets of plywood to use.  I was working with Cloud and Wilfred and they were telling me what size to make it.  It was going to be a simple rectangular box just deep and wide enough to fit the body.  I was feeling particularly sad about making this coffin because of who it was for and thinking that after a long life this man was going to be buried in a rough plywood box.  So I made it a bit deeper and wider than I was told in an effort to make it better or nicer somehow.  I just couldn’t get my head around the idea of such a shallow rough coffin.

I found out later that they had to break apart the doorway in the man’s home in order to get the coffin through the door and into the hut.  That was humbling and terrible to hear.  I went to my friend apologized and of course he brushed it off and said it was fine.

Even when I have the best of intentions, I sometimes muck it up.