This African Life, According to Lia and Nae 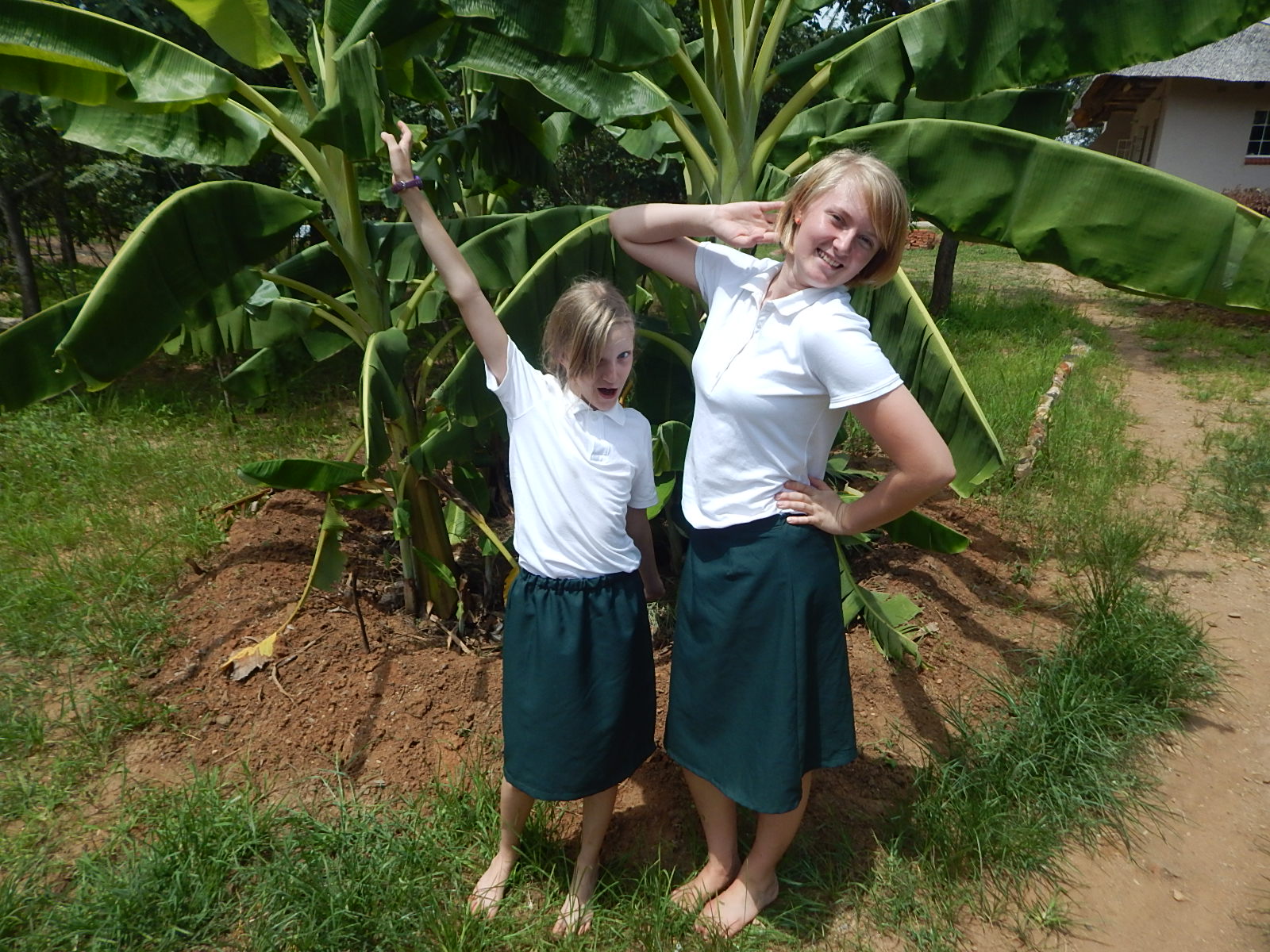 How have you seen the Lord work through you or someone else?

Lia: Ian is the first person I think of when I think of God working through someone.  Like just before we left and he went to that woman’s house to pray for her and she was healed.  I wasn’t there, but hearing about that, it was really cool.  And Debs with the teenage girls, just praying with them, talking with them, just being their friend.

How has Africa changed your view of the world?

Lia: Living in Canada for all my life, until 2014, having a house, albeit a little house, I thought it was normal to have our own house, run to the grocery store whenever we want, and just have anything and everything that we could need a five minute drive away, but then coming here.  I wouldn’t say reality hit me, but being at Eden and seeing how people live there, and when we’re in Doma and just driving by and seeing the small villages, we see how not everybody lives as luxuriously as we do.  It really hit me.  Reading it in books and seeing it on the internet, how people live, you see just little snippets, but I’ve seen and been to villages and talked with people who live out in the boonies, and kind of comparing them to people who live in the cities.  That’s kind of changed my perspective of the world.

Nae: That’s kind of exactly what I was thinking.  Like, it’s different everywhere.  You can get things and do things in North America that you can’t get or do in Africa.

Lia: But it’s also true vice versa.  You can do things in Africa that you can’t do back home.  I went diving with crocodiles.  You can’t do that back home.  We go out to the boonies and just drive around and look for elephants.

Nae: And get stuck in mud.

What’s the attitude of the people who don’t have all of these things?

Lia: We’re just so used to having all those things that we feel like we need them.  Things are unnecessary.  It’s a luxury to have them and we shouldn’t depend on them.

Nae: And we should know how to improvise.

How has being in Africa changed your view of God?

Lia: He’s real.  Back in North America I never felt Him or heard Him.  Like in middle school I didn’t really have anything to do with God.  The boy I liked went to church and that was one of the only reasons I enjoyed going, and hanging out with the youth, but it felt like we didn’t talk about God nearly as much as we do here.  We had fun, but it didn’t feel like that time was devoted to God.  But here, God is real.  I’ve felt Him.  I’ve heard Him.  I’ve seen Him work through other people.  Spiritual stuff is more real here.  Like when someone says the devil is attacking them.  At first I thought that was weird and freaky, but now it’s like yeah, ok.  And like at the baptism when that guy was baptized and starting shaking and screaming.  That was real.

Lia, if you had to bake one thing and eat it for the rest of your life, what would it be, and why?

Nae, if you had to draw or read one kind of literature every day, what would it be and why?

Nae: Warrior cats because it’s fun and I just like it a lot.

What do you miss most about Canada?

Lia: I miss St. Stephen.  Like walking around, just meeting up with friends.

Nae: Like walking around in a place that isn’t roasting hot.

Lia: Yeah, I miss the woods.  Being able to be cold.  I really really miss October.  I miss wearing big sweaters and the color of the leaves.  Autumn.  But recently I’ve missed the idea of being in high school.  Mom, you loved high school.  Dad, you hated it.  But I’m also glad I’m not there because of people who do drugs, sleep around and are a bad influence.

How does being in another culture, sometimes being uncomfortable, relate to the life of Jesus, or does it?

Lia: It does relate, but more when we go back home.  Like here it’s really spiritual, but back home it isn’t.

How can we be praying for you?

What kind of animal would you like to be and why?

Lia: A monkey.  Or a wild African dog.  They are beautiful.

Nae: I’d want to be a little monkey so I could climb and be flexible.

How have you changed since being in Africa?

Lia: Definitely spiritually, like I said earlier.  I’ve made good relationships with people, like with Debs and Ian, and people at Eden.  Older people.  I’m definitely more open to other cultures.  I’d see stuff on movies that other cultures were doing and I’d think that was really weird, but now it’s just normal.  That’s just what people do.

What do you love most about Africa? Like day to day life.

Lia: Different activities that you’re able to do here that you wouldn’t be able to do there.  Just being able to go for a walk and it turns into an adventure.  I like the relationships and connections the Shona people have with each other.  We live at an orphanage, but everybody relates themselves to each other.  Like they call each other ‘Auntie’, or ‘this is my brother and sister’, or ‘this is my father’ and really it’s your father’s second brother twice removed.

How does school differ between the two places?

Lia: You teach yourself.  You don’t have to depend on someone else to teach it to you and if you don’t get it you have to study and study.  The teacher isn’t going to give you the answer.  You have to know the stuff.  You have to have 80% or above to pass.

Nae: And you have to do it.  You have to get the answer the right way, not just any way you want.

Nae: Uniforms.  You can’t just wear whatever you want.

Lia: It’s not nearly as social as public school.

What would you want to tell your friends back home?

Lia: It’s way more exciting here.  They need to come to Africa.  It’s eye-opening here.  It would be so cool if Mr. Legge brought the school kids here to Africa.  That would be pretty cool.  Those kids, if they break a phone, their parents would just buy them a new one.  That doesn’t happen here.  I mean, if I took them to the flea market, I think that would hopefully change them.

What has become normal for you guys? Like when you first arrived and you thought you could never get used to this or that?

Lia: No hot water.  Having to go over to someone else’s house in order to bathe.  Every single time. Unless you want a freezing cold one.  Riding in the back of a truck.

Nae: Walking.  I mean, not having a vehicle so you’re having to walk everywhere.  You’d have to walk a kilometre if you had to go get milk or eggs or a chicken.  The fact that we had to go to Agape (the Eden farm) to get milk, eggs or chicken, not a store.

Lia:  You have to be really careful with your cash because there isn’t any in Zimbabwe right now.  Beggars.  Just people in the street.  We didn’t have people getting down on their knees begging  for a dollar in St. Stephen.  Or people harassing you to buy their stuff.

What unusual foods have you tried and really liked or disliked?

Nae: Mopani worms because they are just really gross.

Nae: Warthog.  That was so good.

Lia: Crocodile tail.  If it was the only thing around to eat I’d be fine with it, but don’t care to eat it again.

So there you have it, from the mouth of babes, or at least our girls.

© 2020 The ZimbabWays. Designed in New Brunswick by Jackets Creative