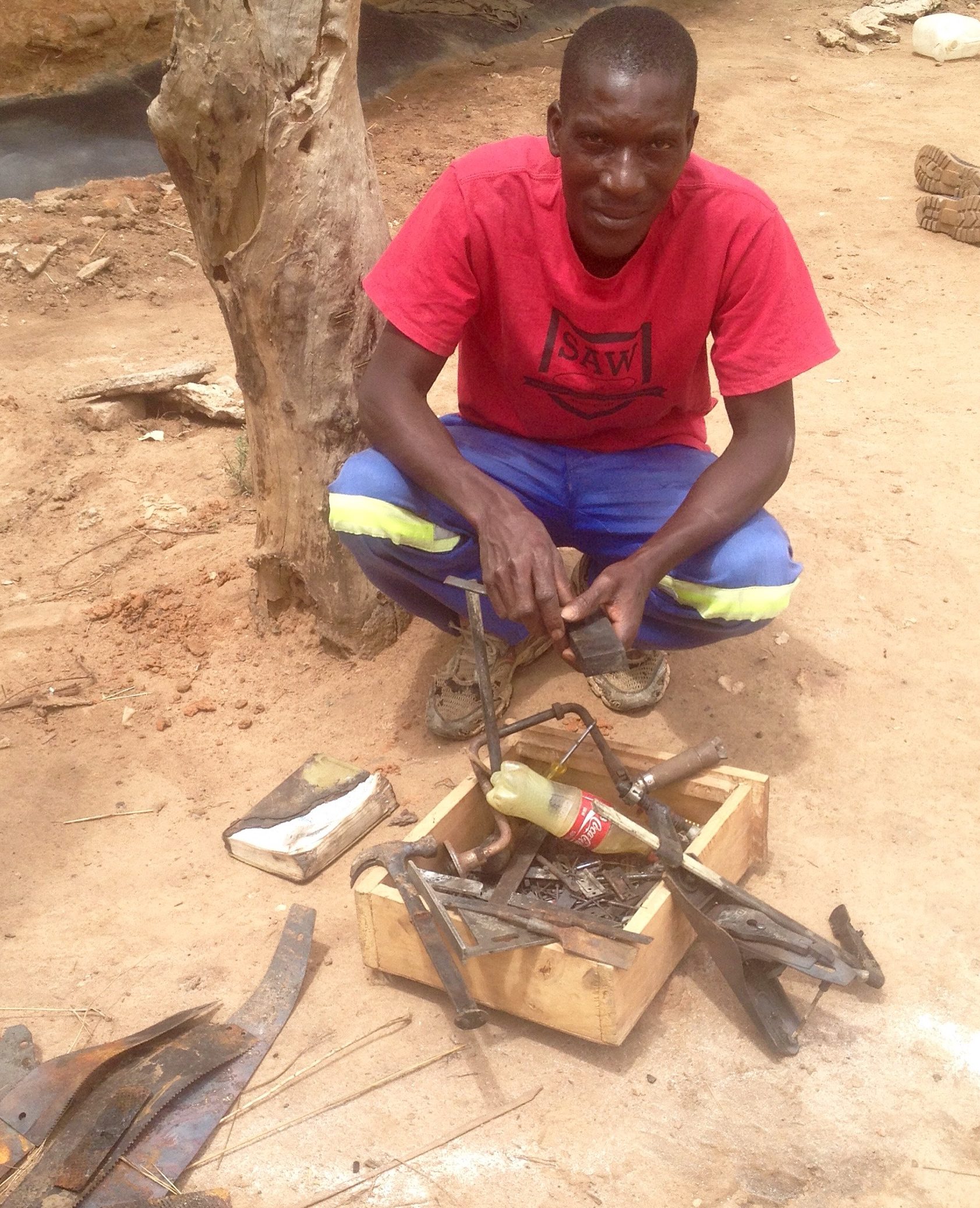 Weeks later he felt that he needed to go to his family home and talk to his family.  He took his wife and children and off he went.  When he got there he found that there was a witch doctor living in the village and he was having a strong influence on his family.  Misheck went to the man and told him to leave and that he didn’t have any power or influence on his family.  The witch doctor told Misheck that he wasn’t safe and to watch out.  That night Misheck woke up in the middle of the night with a terrible burning on his leg like it was on fire.  He prayed to Jesus to take the pain away and fell back to sleep.  In the morning the witch doctor was furious and left the village.  Misheck came back to Eden with his family, where a couple days later his house burned down and he lost all of his new tools in the fire.  I heard about the fire and went to see Misheck and found him picking through the charred remains of his hut.  He wasn’t upset and smiled when he saw me.  Nobody had been hurt in the fire and he was already planning where his new hut would be built.  He apologized to me because a woodworking book I had lent him was burned in the fire.  I told him it was okay and to come by the house when he got a chance.

When he came by the next day I had another batch of tools waiting for him.  And yes, the new old hand plane was included.